Our older population is expected to increase rapidly 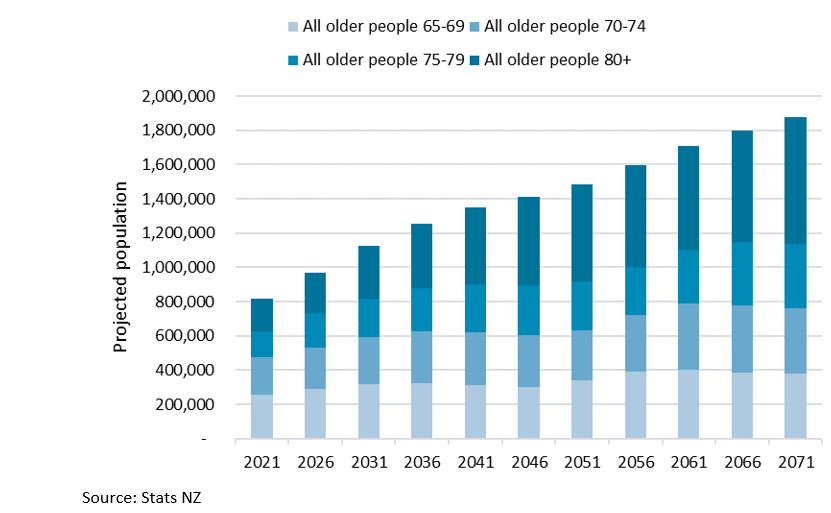 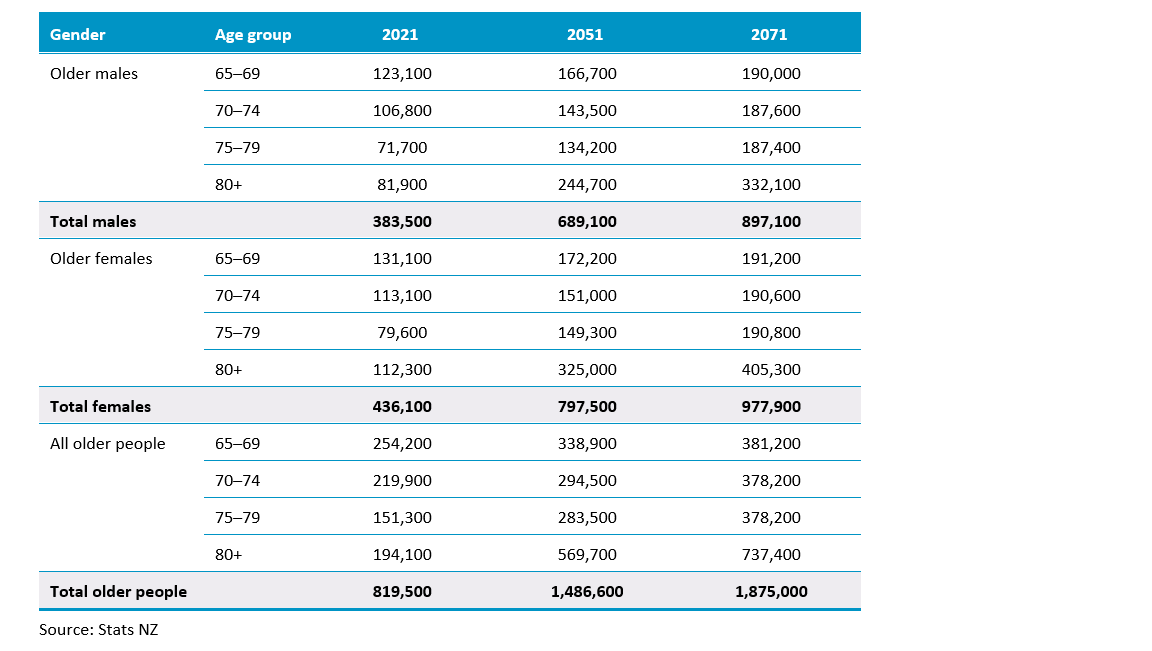 More and more older people are part of our workforce

According to this latest set of median labour force projections, we are expected to observe more people aged 65+ remaining in our workforce. Currently, we have 194,700 older people in our workforce, and this is projected to double (increase to 392,400) by 2071. Unsurprisingly, the 65–69 age band will continue to account for much of the overall older workforce through to 2071. 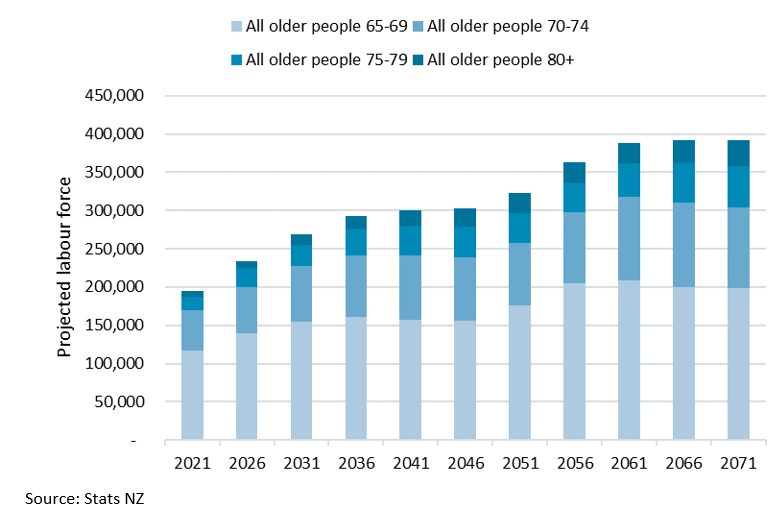 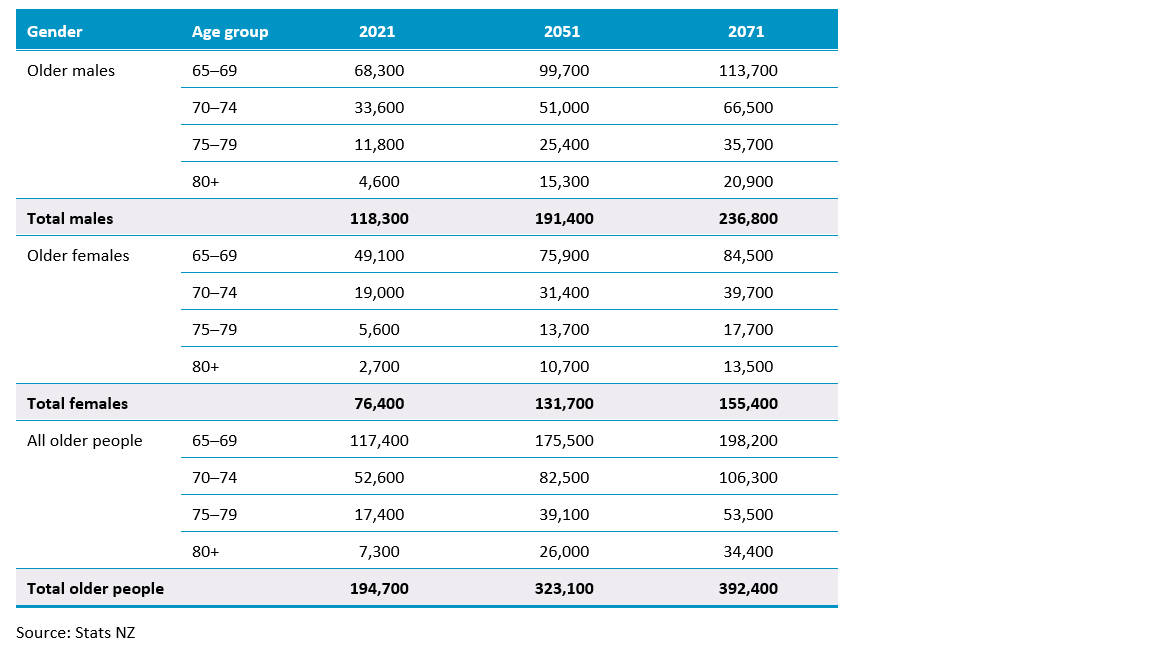 Figure 3 Older workforce (aged 65+) as a proportion of national workforce, by gender 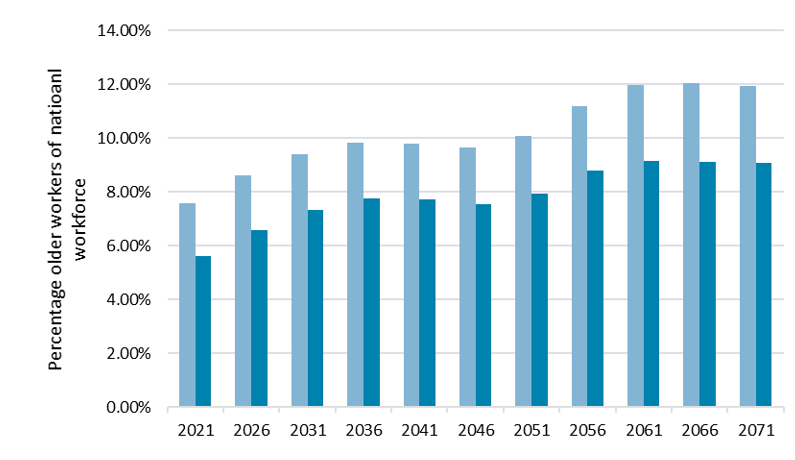 The age-gender-specific participation distribution changes between age bands. The male and female participation rates are comparable for the 65–69 age band but become more disparate for older age bands. This is most clearly seen in the doubling in the difference of the measure for the 80+ age band (consistent across the projection period). 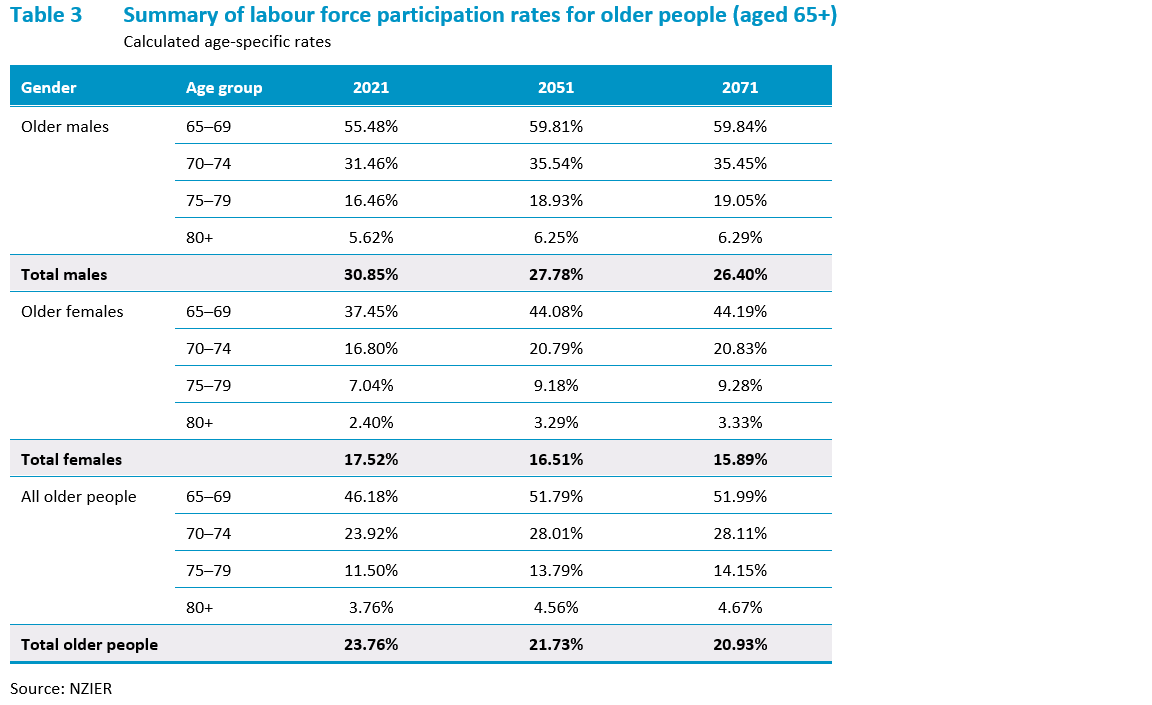 Remunerated work and other income expected to quintuple

We have updated the real wage increase multiplier using basic projections from the Salary and Wage Rates series (LCI001AA) released 2021Q2 on Stats NZ’s Infoshare website. This is an improvement from the previous model update and adjusts the base data taken from 2006. Please note that relative values are given in relation to total older population projections. Tax paid by older people was calculated based on the average weekly earnings of people aged 65+ for remunerated work (wages and salaries, and self-employment), government transfers, investments and other income. A weighted average for wages and salaries and self-employment was taken into account for the different tax brackets these come under (Inland Revenue, 2021). The GST calculation assumes that all remaining income is spent after income tax is deducted from the total earnings.

Reviewing the proxy wage for the value of unpaid work

Not included in the update of the model is gender participation in unpaid work. The base data used for the projections are from the Time Use Survey of 2008–2009, which places the unpaid work hours disproportionately at 4 hours per day for males and 4.5 hours per day for females.

Series updates for the Household Expenditure Survey meant that age-specific cuts were no longer available. Proxy values were obtained using a weighted average of spending by people aged 65+ by household type (couple-only and single-person).

It should be noted that the spending patterns may differ from the actual cohort of people aged 65+, especially regarding housing and household utilities expenditures. Caution is advised when using these proxy values, which are primarily indicative of spending growth but not necessarily spending distribution. 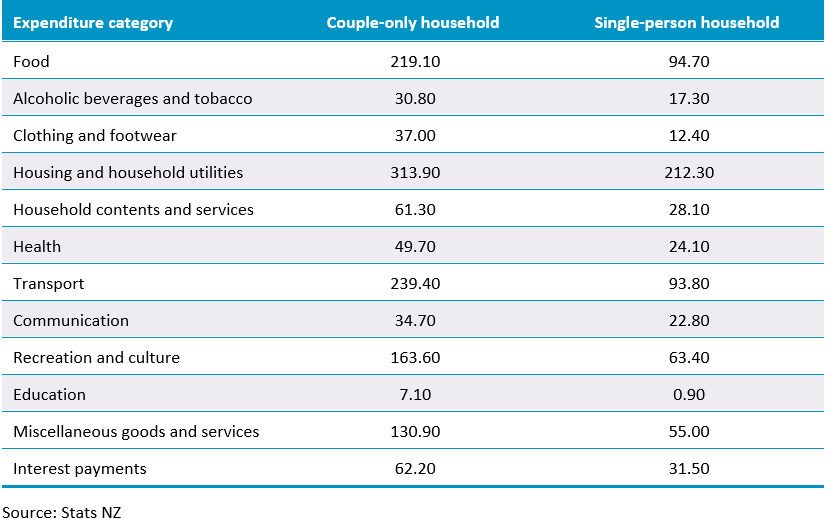 Next: Contributions of older people beyond model projections »