Find out about the Office for Seniors Director, Diane Turner. 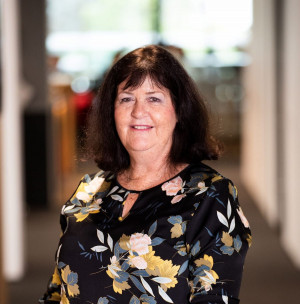 Diane Turner is the Director of the Office for Seniors.

She is focused on working to ensure seniors are valued and acknowledged within society.

“We are all ageing. It matters to all of us that New Zealand is a place where we have the opportunity to age positively and well. I’m looking forward to being part of a small team making sure seniors’ issues and concerns are visible, heard and responded to.”

Since starting in the role in 2016, Diane has led the Office for Seniors in a range of projects including the development and launch of the Better Later Life – He Oranga Kaumātua strategy.

Previously, Diane worked for three years at Te Rūnanga o Ngāi Tahu. While there, she was responsible for leading the contribution of Ngāi Tahu to the earthquake recovery and development of the shared equity home ownership scheme for whānau.

In 2014, she was responsible for the establishment of Te Pūtahitanga o Te Waipounamu (South Island Commissioning Agency), a $15 million investment fund for building whānau capability, owned by the nine iwi of the South Island.

She was CEO of the Whakatāne District Council for five years.

She is a member of the Institute of Directors and a Justice of the Peace.