Why we need a plan 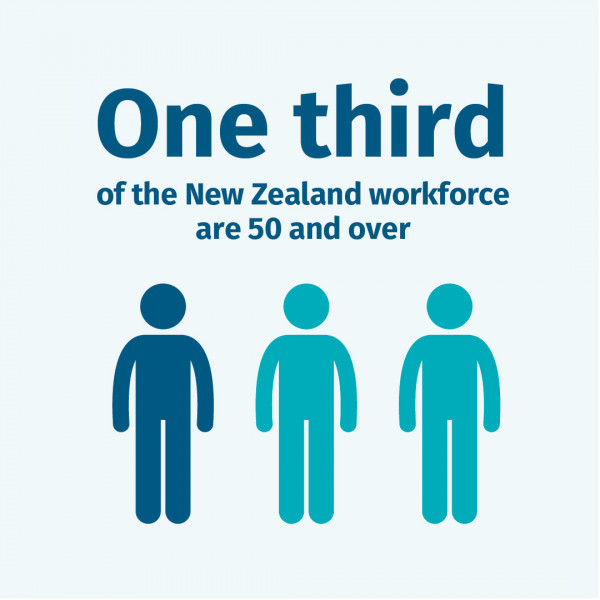 There are many benefits to retaining older workers in employment

People 50 and over bring skills and knowledge to their workplaces. Keeping these people and their skills in the workforce is key to making sure that the labour market can meet the economy’s future needs Older people are making an increasing contribution to the economy Older workers can face unique and complex challenges in finding and staying in paid employment. If older workers are made redundant or have had to leave paid employment, it can take longer for them to find another job than younger people, and they may have lower incomes when they do. 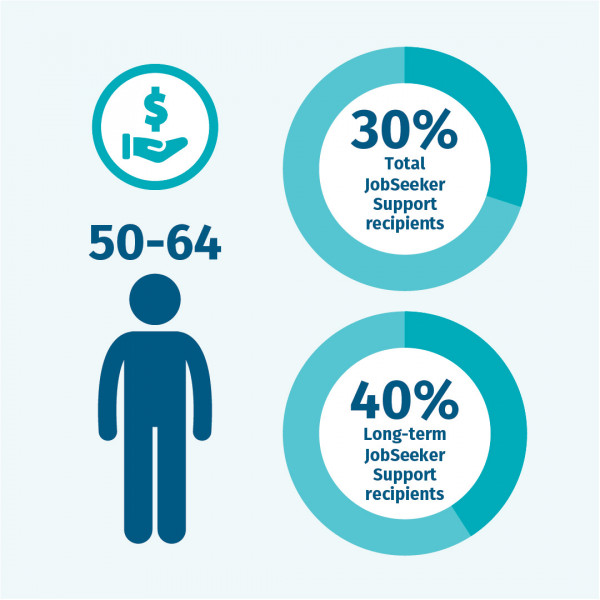 Five years after the 2009 global financial crisis, older workers who had lost their job were still being impacted 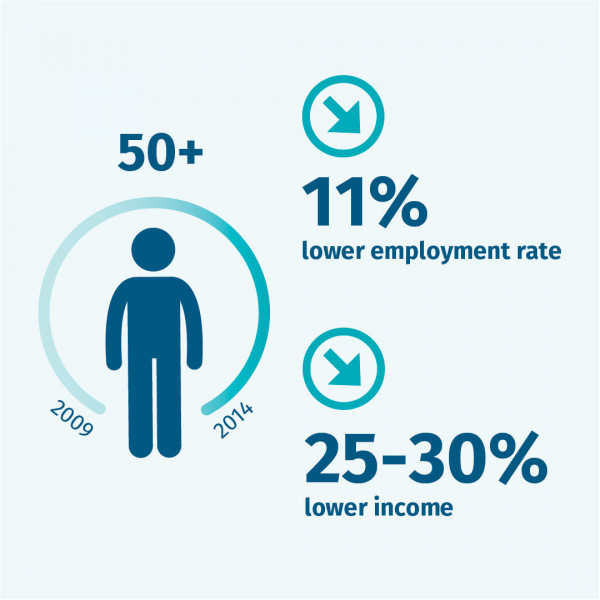 Some older workers are less likely to have choices around working

The impacts of poor employment outcomes for older people can also differ based on compounding sources of disadvantage.

▷ Older female workers are over[1]represented in unpaid carer roles and low paid part-time work, more underutilised¹ than males, and may have fewer years to benefit from employer KiwiSaver contributions which are not compulsory for those over 65. Separation later in life can also mean losing more in terms of money and property, with less time and resources to rebuild wealth.

▷ Underutilisation of older Pacific workers is higher than for older workers of Māori, European and other ethnicities.

▷ Disabled older workers are half as likely to be employed as people of the same age who are not disabled.

Lack of access to education and training in their earlier years may also mean that some older workers have limited job choice and income. This is compounded by pay and equity gaps for older Māori, women, Pacific people, disabled people, former refugees, recent migrants and ethnic communities.

Te Ara Ahunga Ora – the Retirement Commission recently found that a third of people over the age of 65 who were working did so because they had to (from a financial point of view). For an increasing number of people who do not own their own home or do not have significant retirement savings, continuing to work in some capacity past the age of 65 is a necessity.

Te Tiriti o Waitangi places a particular obligation on Government to facilitate full Māori participation in the labour market. The current constraints in the labour force result in poorer retirement saving outcomes for older Māori workers, which, when coupled with shorter life and health expectancy as compared to other ethnicities, means that they are often deprived of the period of “retirement” that many New Zealanders expect.

People who participated in consultation on the OWEAP also reminded the Government not to lose sight of the fact that many Māori communities consider their kaumātua, and the knowledge they hold, to be taonga deserving of active protection under Te Tiriti.

This action plan attempts to facilitate the exercise of rangatiratanga by iwi/hapū and Māori organisations through collaboration with government and sector groups to address these particular challenges, and will also align with Te Mahere Whai Mahi Māori – Māori Employment Action Plan as appropriate to coordinate efforts